My first Hackathon with the Startaê Team

Since I started working at Startaê, I became excited about having hackathons with the team. Here I’ll talk about my first design-sprint experience at Startaê, where we designed and developed Cuckoo from scratch. 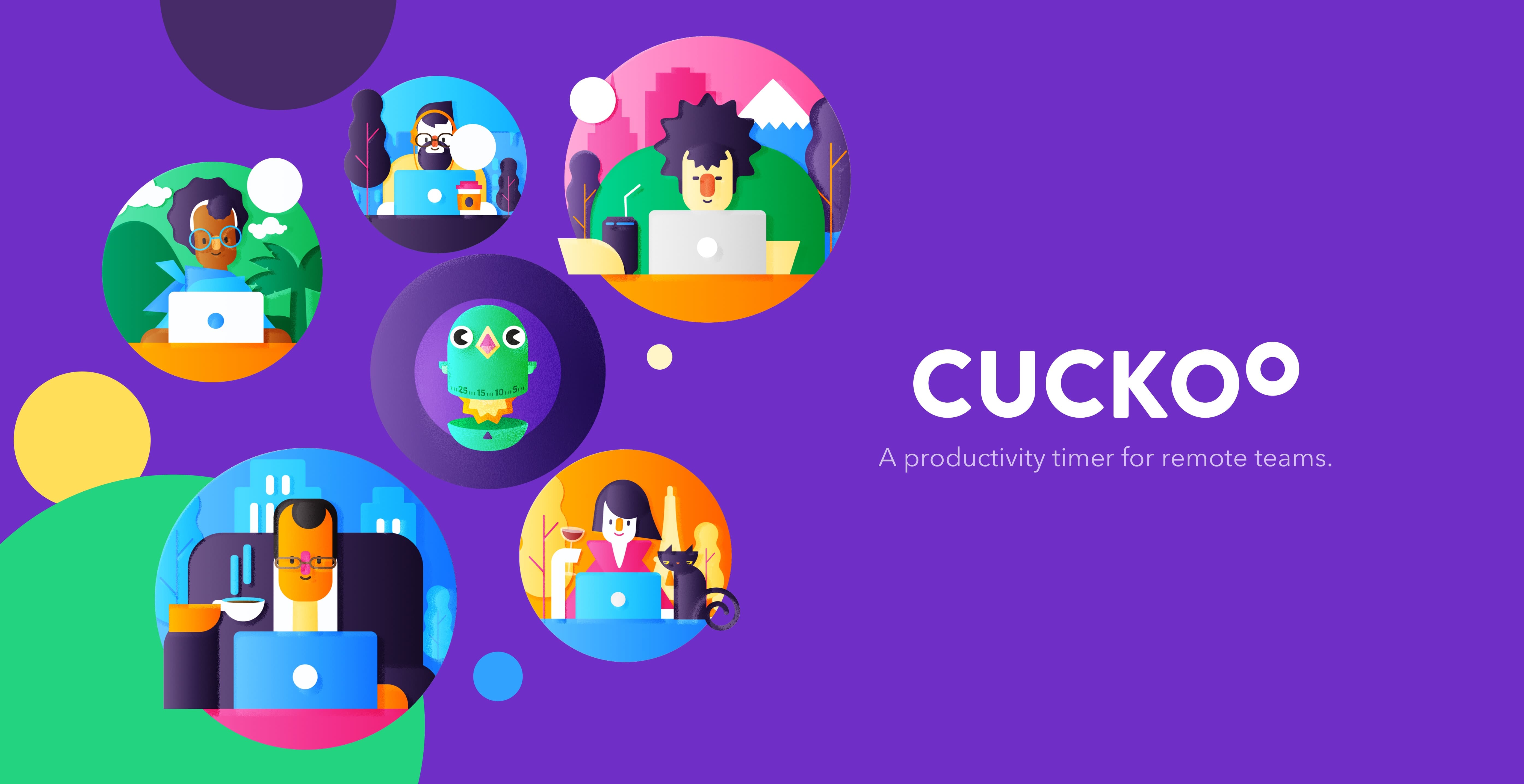 The idea came from the necessity to better manage group dynamics, such as OKRs, with our remote team. We use the Pomodoro Technique even when working as a group, it helps us concentrate and be more productive, but we needed a tool that would allow each person of the team, regardless of their location, to know when it’s time to work and when it’s time to relax and have a break.

My first experience developing a digital product was at a Startup Weekend event. I’m very enthusiastic about the event experience where everybody makes things happen in 48h. At Startaê, the first rumble I took part in was to help one of our products, Yummmy, but this last hackathon was my first with everybody in the team working together. It was really awesome.✌️ 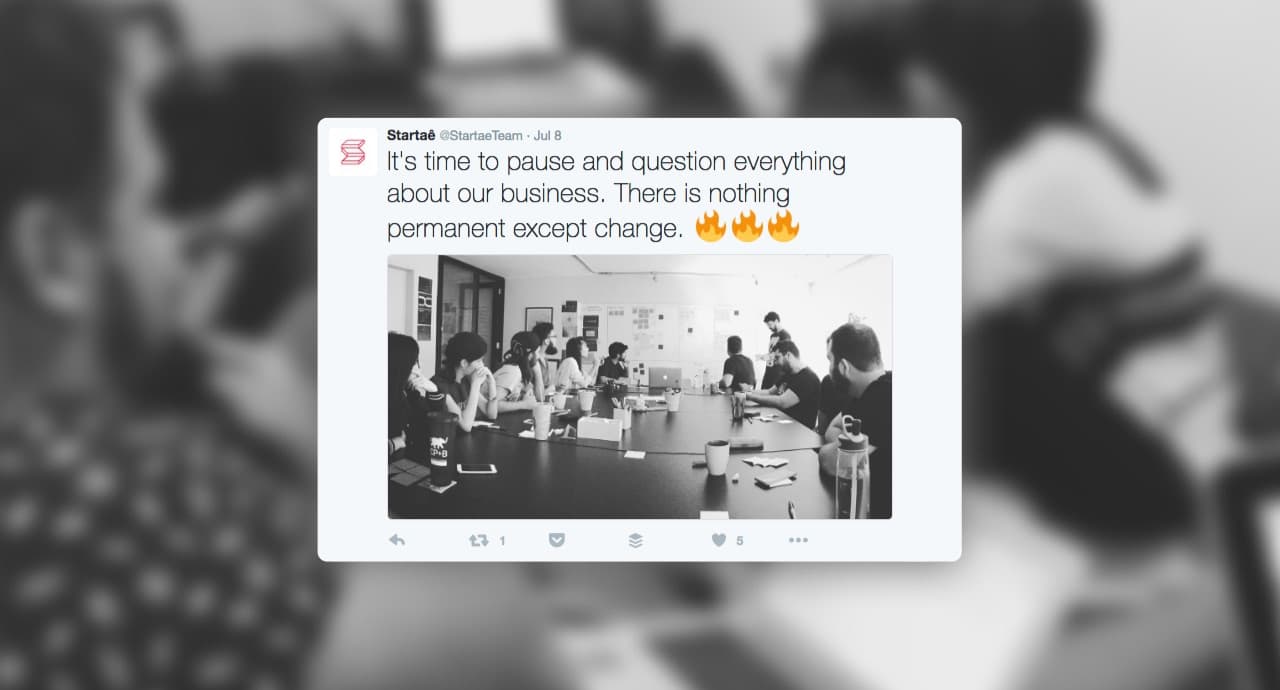 Back to square one.

Over the last few months, Startaê has been doing a lot of things that will change the way we do business. Everything is changing fast, and if you are now running a Startup based on the last year’s models, you’re probably losing something along the way.

As a product design Studio, we have been trying to figure out how to make business from a different perspective. First, we looked deep in our actual business model. We went deeply into questions like: Why would startups stop hiring Startaê? Why would our team members stop working with Startaê? Does the consulting business model still make sense today? 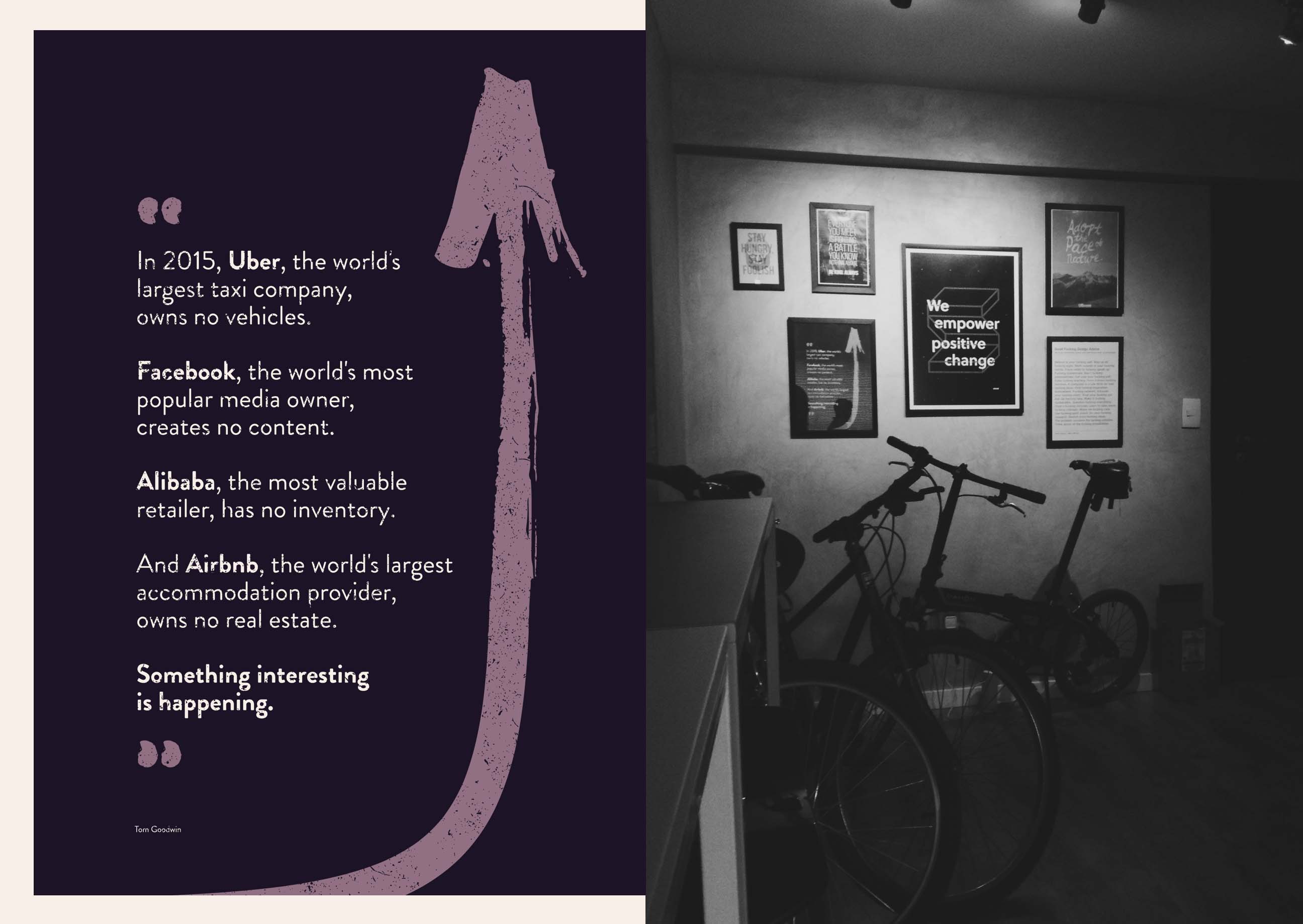 A poster for our office about exponential organizations inspired by Tom Goodwin. Today we see that it can already be somewhat outdated. A lot of companies are already looking forward, to the future of the blockchain model.

To involve all the team, we ran a workshop, where we discussed those questions and looked for some answers. We eventually had a first point: start creating our own products. We got it.

A few months later, while setting the goals for the next quarter, we started to plan and put ideas on the paper to make new products come to life during the following months.

Here at Startaê, we work in a very a particular way. We truly believe that remote work works. That is why we did a Hackathon with most of our team remotely.

Our Hackathon would run from Friday 9AM to Saturday 11H59PM, but we took a few days before for everyone to share their ideas, then we would vote and decide which one we were going to develop.

On Monday, each person of the team would have 3min to pitch their idea. They could pitch as many ideas as they want, but they would have to listen to everyone’s ideas before pitching another one. After that, we would match those ideas with our core values to see which were the ones that would make more sense to work on. In order to do that, we used the matrix below:

Having placed the ideas into that matrix, everyone would have give a note to each idea and we would know the result by Thursday, one day before the Hackathon starts. This way we would start the Hackathon knowing exactly what to do and using most of our time for execution instead of planning.

We started the first day of the hackathon discussing the features the product must have, the ones that would be nice to have and the ones we could leave in the Backlog for now. We also discussed what would be possible to complete during the hackathon. What kind of product we were going to deliver in the end.

Five minutes for each one to think individually about the features they would like to have in the product, one pomodoro to share the feature ideas and finally, more two pomodoros to choose what features were relevant. That was a fascinating part, a lot of ideas emerged. We defined many features, and we prioritized those that we could make the delivery of the final product. That was our morning.

In the Afternoon, we split up the Team into groups to work on Naming, Branding, Illustrations, Copywriting, Video, Animations, UI and implementation. Every three hours would have a sync to share progress and have everyone aligned about the delivery and expectations. We took an extra time in choosing the right name.

The product we decided to develop is related to the Pomodoro Technique developed by Francesco Cirillo created on 80s and is still used by many people as productivity timer method. There are a multitude of products and related apps so would not make sense to launch “more of the same”..

The name came about when we did a simple search for the great world clocks. We found examples such as the Big Bang in London, the astronomic clock on Praga and then we saw an animated model of a city where when a Cuckoo whistled all workers stopped to work and went to their homes. It made sense for us. It reminded me a lot of childhood things and also the egg timer, an assistant initially used to cook eggs. 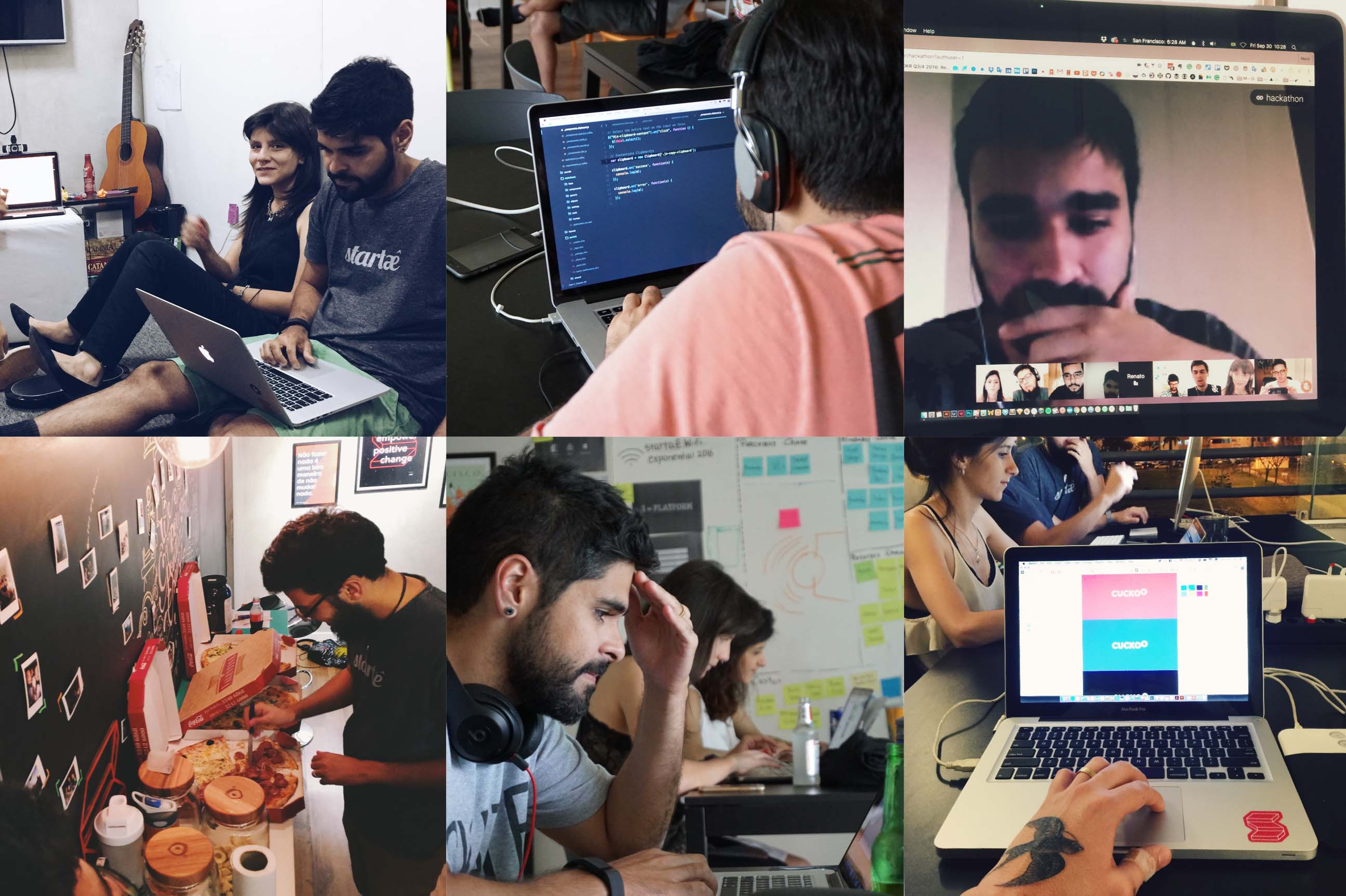 The second day started early for those who could sleep (lol). In this kind of marathon, the excitement makes no one want to stop for a minute. On that last day, we began by reviewing the priorities and planning what we would deliver. And then we worked until we had our cuckoo. 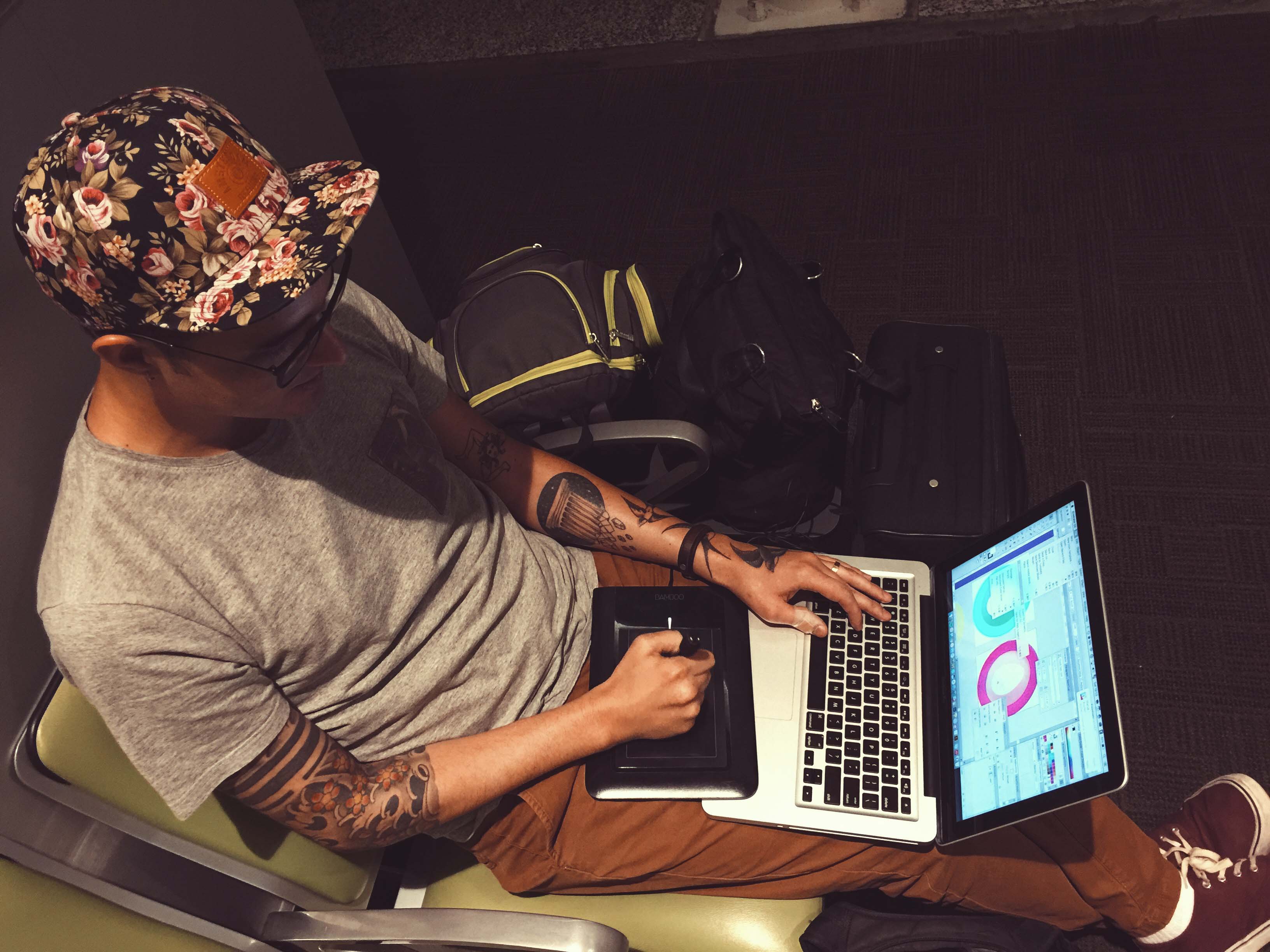 I also had to take a break from a few hours to arrive at the airport and I worked from there for a couple of hours because remote work works! :)

Since we launched Cuckoo on October 7th, we received a plenty of feedback, and we have a Backlog full of possible features to make this time management experience always better. Over the next few months, Startaê will announce some changes in its current business model. All of this is part of the workshop we did to reinvent our own.

The hackathon was a great experience for us as a Team. Next, we plan to continue doing it and creating other products like this every quarter during each round of our OKRs. Stay tuned on our social networks and make sure to check Cuckoo out.

Reimagining the Dashboard for a Fintech app

What if you only had one day for a Design Sprint?

How we made our meetings more productive and fun with Cuckoo